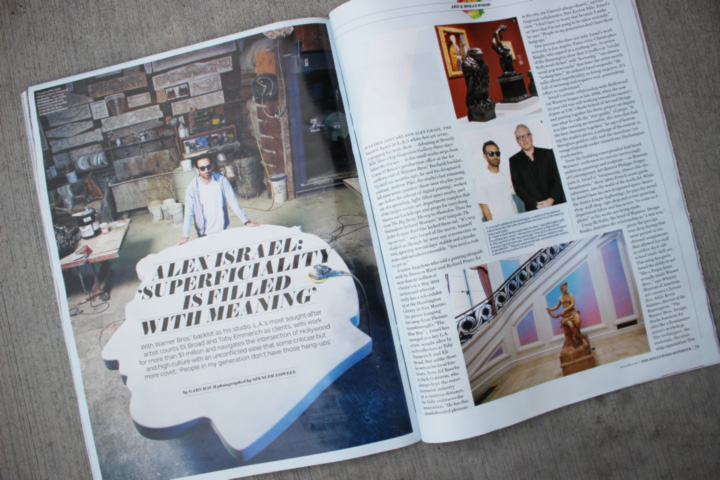 Alex Israel in The Hollywood Reporter

In case you missed it, The The Hollywood Reporter Magazine featured Alex Israel– L.A.’s most sought-after artist. The artistic relationship with Hollywood via the Warner Bros. Design Studio began in late 2009, when Alex was still working toward his master’s degree at USC’s Roski School of Art and Design. The relationship with Alex is “a win-win,” allowing the Design Studio craftsmen to utilize their old-school trade skill set.

Kevin Salatino, director of the Huntington, “The Warner Bros. Design Studio functions for Alex like a Renaissance artist’s workshop. The techniques, the materials, the stunning organization: This is instantly aligned to the history of Western painting. And for him, it’s a kind of performative gesture to have that space.”